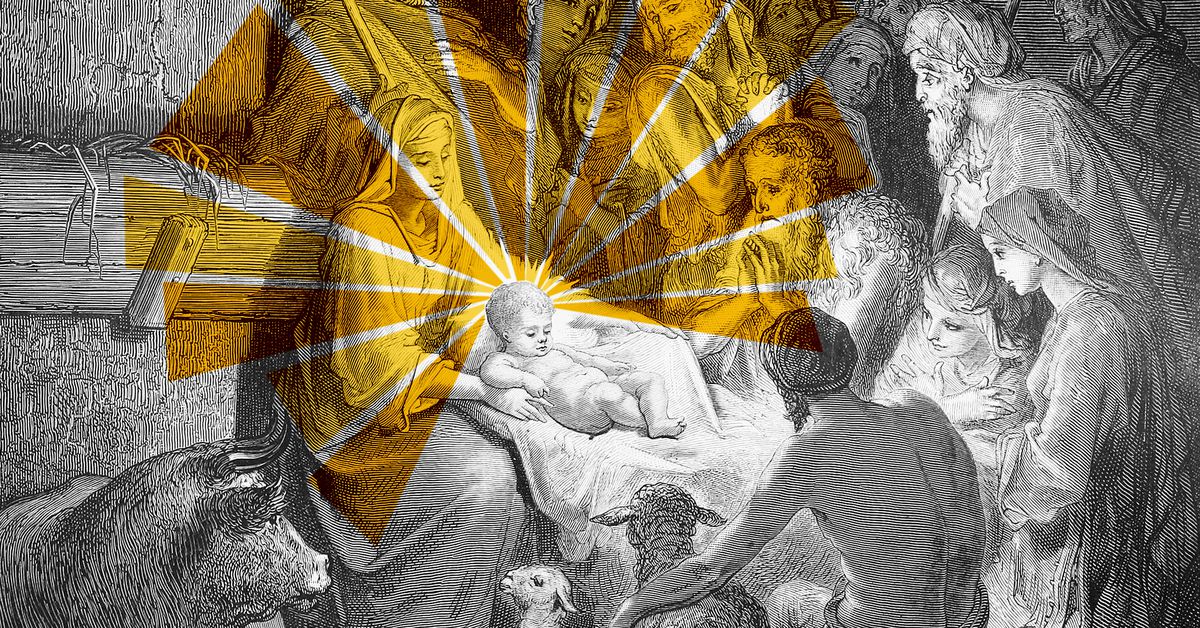 Who celebrates Christmas? It’s popular in America among non-Christians

This article was first published in the State of the Faith Newsletter. Sign up to receive the newsletter in your inbox every Monday evening.

One of the best parts of my job is that I spend a lot of time each week reading articles, watching videos, and listening to podcasts from people much smarter than me. In doing so, I learn interesting things which become the inspiration for my own work.

For this week’s newsletter, I’m highlighting some of the fascinating Christmas-related discoveries I came across this month. Read on to find out the complicated history behind some of your favorite holiday songs and why Christmas secularization isn’t a new problem.

Almost all Americans celebrate Christmas, but only about half can confidently tell the biblical story of the birth of Jesus Christ.

New data from LifeWay Research confirms something I’ve long assumed to be true: Christmas is an incredibly popular holiday in the United States. More than 9 in 10 Americans (91%) say they celebrate it, according to the survey.

It’s no surprise, then, that many people who celebrate Christmas don’t know much about the religious significance of the holiday. LifeWay Research has found that 25% of Americans think they can only give a “quick glimpse” of the biblical story of the birth of Jesus Christ and 17% think they cannot describe any.

I believe the key lesson from these findings is that Christmas means very different things to different people. Some Americans see it primarily as a chance to celebrate the birth of a religious savior; for others, it is an opportunity to spoil loved ones with gifts.

The secularization of the Christmas holidays began a (very) long time ago.

To more conservative Christians, the idea that some Americans celebrate Christmas as a secular holiday probably seems blasphemous. But I recently learned that this is not a new phenomenon.

Writing for The Conversation, scholar Thomas Adam explains that, in the American context, Christmas festivities have always had a secular element. The first to adopt traditions such as tree trimming and gift-giving saw the Christmas festivities as a way to unify the country rather than a way to draw more attention to the Bible or the church.

They believed that “this holiday tradition provided the emotional glue that could bring families and members of a nation together,” Adam wrote.

The story of your favorite Christmas carols is more complicated than you might think.

Just as the history of Christmas celebrations in America is more complicated than I previously imagined, the origin stories of some of my favorite Christmas carols are far more complex than I might have guessed. .

I learn the rich stories behind songs like “O Come, All Ye Faithful” by listening to the “Hark!” Podcast by America Media. Did you know that the original lyrics of the song are now associated with “Hark! The Herald Angels Sing ”were written to celebrate the 400th anniversary of the invention of the printing press ?!

My jaw has dropped several times while listening to this podcast. I cannot recommend it enough.

Religious Christmas carols are not as popular as secular carols.

Speaking of listening, Christianity Today recently surveyed the most played Christmas carols around the world. Analysis has shown that secular hits like “All I Want for Christmas” by Mariah Carey are generally much more popular than songs like “O Holy Night”.

As my buddy Daniel Silliman said: “Jesus is the reason for the season. But he doesn’t appear much in the best Christmas songs played on Spotify.

Fresh from the press

End of the week: 12 days of Christmas

I have sung the song “The 12 Days of Christmas” at least once a week for the past year. Why? Because my son’s bedtime routine includes a lot of songs and I don’t have a lot of lullabies memorized.

Despite my many interpretations of the play, I didn’t know much about the tradition it describes until I decided to research it this weekend. I was pretty sure Christmas was the first day (rather than the 12th day) but I wasn’t sure why.

What I learned from a great Vox article is that the concept of 12 Days of Christmas comes from Christian theology. It commemorates the time between the birth of Jesus Christ (at Christmas) and the coming of the Three Wise Men, which is celebrated on January 6. Vox noted that “some families choose to mark the 12 day period by observing the feast days. of various Saints (including St. Stephen on December 26) and plan daily Christmas-related activities, ”but most do little more than sing the song over a series of weird gifts.

As I noted last week, Religion News Service, The Conversation, and The Associated Press recently partnered on a project examining the roles of women in faith groups that are traditionally led by men. One of the final stories in the series focuses on the growing importance of women leaders in The Church of Jesus Christ of Latter-day Saints.

Afghan families working to rebuild their lives in the United States struggle to find affordable housing, education services and a sense of community belonging. As you may have guessed, government agencies do not have all the answers. This is where religious organizations and other groups come in. I really enjoyed World Magazine’s recent look at how Welcome Families, an inter-church initiative serving Afghan refugees, is helping newcomers to the United States feel more comfortable.

I like most stories about runaway zoo animals. Especially when it comes to camels fleeing from cribs.

Merry Christmas to those who party! I really look forward to the extra time with the family.

Register to receive the newsletter


State of Faith with Kelsey Dallas

Receive weekly stories to help you deepen your understanding of religion in the public arena.