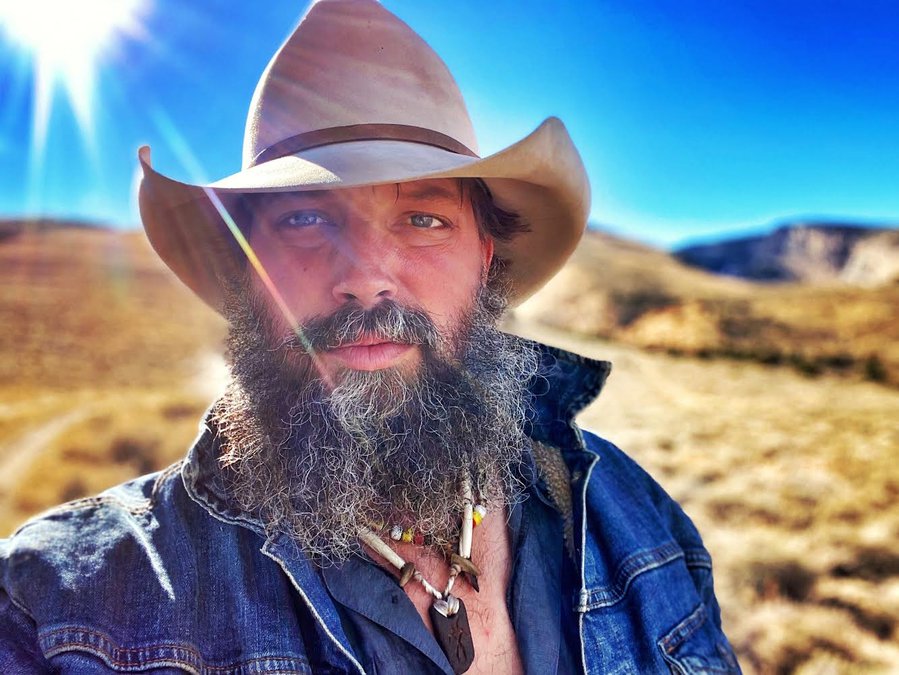 Josh Kirk, who appeared on the History Channel’s “Mountain Men,” will be at the Trails Center on Thursday, August 11. (Courtesy of the National Historic Trails Interpretive Center)

CASPER, Wyo.– The National Historic Trails Interpretive Center celebrates its 20th anniversary in Casper this week with a range of events and activities.

One of these events will offer people the chance to meet Josh Kirk, who appeared on the History Channel’s “Mountain Men.” Kirk will be at the Trails Center, 1501 N. Poplar St. in Casper, from 10 a.m. to 2 p.m. Thursday, August 11.

Kirk is a farmer, hunter and ranch manager who lives at the foot of the Wind River Range in western Wyoming, according to his bio on the History Channel website.

“Along with his wife, Bonnie, and daughter, Eden, Josh makes ends meet working with one of the most iconic and dangerous creatures in the West…the American bison,” the bio states. “He’s committed to making a living by propagating a species that once nearly disappeared from the landscape. But it is not an easy task. Unlike ordinary cattle, bison are wild to the core, intelligent beyond belief, and deadly when threatened. Add to that a landscape filled with jagged peaks, grueling weather, and some of the lower 48’s most fearsome predators, and Josh clearly has his work cut out for him.

Kirk’s appearance at the Trails Center is just one of the events taking place at the center to celebrate its 20th anniversary this week. The celebrations kick off Tuesday, with the full schedule as follows, according to the Wyoming Bureau of Land Management, which operates the Trails Center:

From Tuesday August 9 to Saturday August 13: Cool off with shaved ice from the Curly Wolf Den, daily from 10 a.m. to 2 p.m.

Tuesday, August 9: Fuel your inner trailblazer with free Metro coffee and snacks and buy your own Trails Center Anniversary coffee roast. All proceeds will go to our partner, the National Historic Trails Foundation.

Wednesday August 10 – all day: Discover our brand new documentary “The Battle of the Red Buttes”. The film will air periodically throughout the day at the Trails Center through the end of the year and will be available online at a later date.

Wednesday, August 10 – 10 a.m. to 1 p.m.: Climb up and let’s go! Historic Trails West will take you to the Trails Center prairie for free in a real covered wagon.

Friday, August 12 – 9 a.m. to 4 p.m.: Channel your inner 1800s pioneer by dressing up in one of our vintage outfits, loading your friends or family into the covered wagon and snapping a selfie.

All day: Experience the life of a pioneer in the 1800s at our Living History Pioneer Camp, featuring local legends Jean Smart and the Merchant family.

11 a.m. to 2 p.m.: “Fiddlin’ Around” with Erica Flom. Flom is an award-winning fiddler who has opened for Ned Ledoux, played with Brad Paisley and performed internationally.

11 a.m. to 2 p.m.: Wyoming State Archaeologist Spencer Pelton will discuss his excavation of the Powars II site and the artifacts found there. The Powars II site in Platte County is a hematite quarry used by Paleoindians over 12,000 years ago and contains a diversity of unique projectile points.

Sunday August 14 until 3 p.m.: Jean Smart and the Merchant family return to the Trails Center on Sunday for our pioneer living history camp.